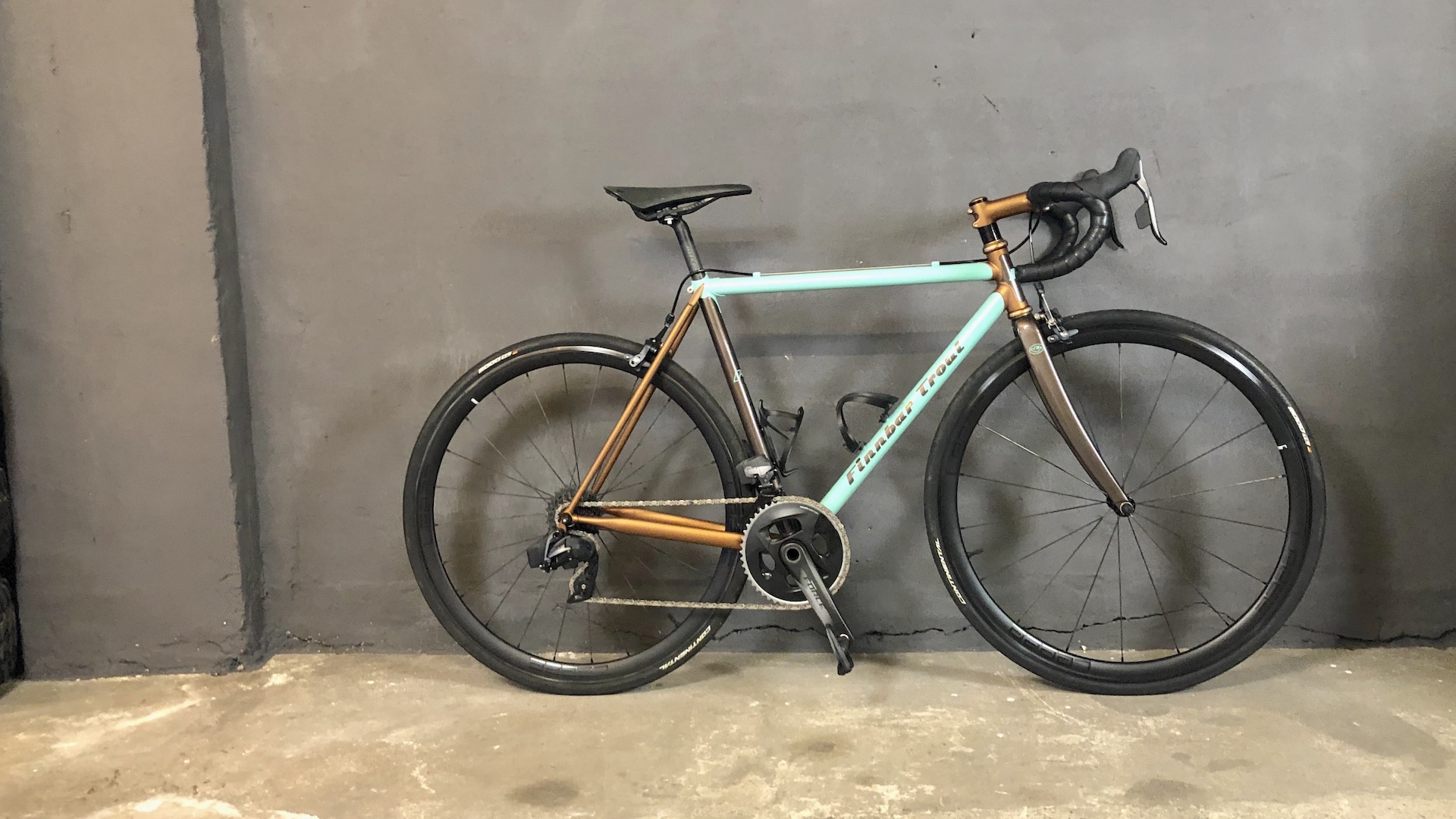 I have known Jürgen the owner of this project for many years. His main sport was running regularly competing in half and full marathons. Unfortunately a knee operation and back problems brought this to an abrupt end.

We started mountain biking together to rehabilitate his knee, Jürgen quickly bit the biking bug. The more we rode together the more his teenage passion for road bikes surfaced, so it wasn’t long before a commission for a road bike materialised. Jürgen briefed a classic looking lugged road bike like the bikes of his teenage dreams, however ultra modern in performance.

We obviously had to find a comfortable fit for his back as he built his core strength for cycling, which is why we left a great deal of adjustment for the stack height in the photos you see, today that is optimised as we found the perfect position and his cycling strength developed.

Jürgen is very light which allowed the use of featherlight Columbus Spirit and Life tubes with elegant Richard Sachs lugs in an over/oversize format, silver brazed due to the thin tubes with a straight top tube, and a fitting Columbus minimal fork with its gentle curved blades complementing the lines of the bike.

Of course rim brakes with the inspirational theme, but ultra modern blue tooth Sram shifting keeping things functional and ultra clean, finished with Ritchey seat post, stem and bars. Jürgen left carte blanche for the paint, so we took abstract elements from his other interests and worked them into a unique concept. Jürgens dream bike as a teenager had been a Bianchi, he also loves coffee and the occasional nip of whisky.

I managed to find one of the last Chris king bourbon nothreadsets, so that was the reference for whiskey in matt bourbon, a rich metallic expresso brown and of course an 80’s Celeste rounded the palette. Robert at Velociao executed the paint concept to perfection especially the matt bourbon paint matching the anodised Chris king headset exactly. Jürgens sporting ambitions are reborn with his new road bike, its also been a revelation for him the community he has found in the local club scene in the Sudstadt of Köln. 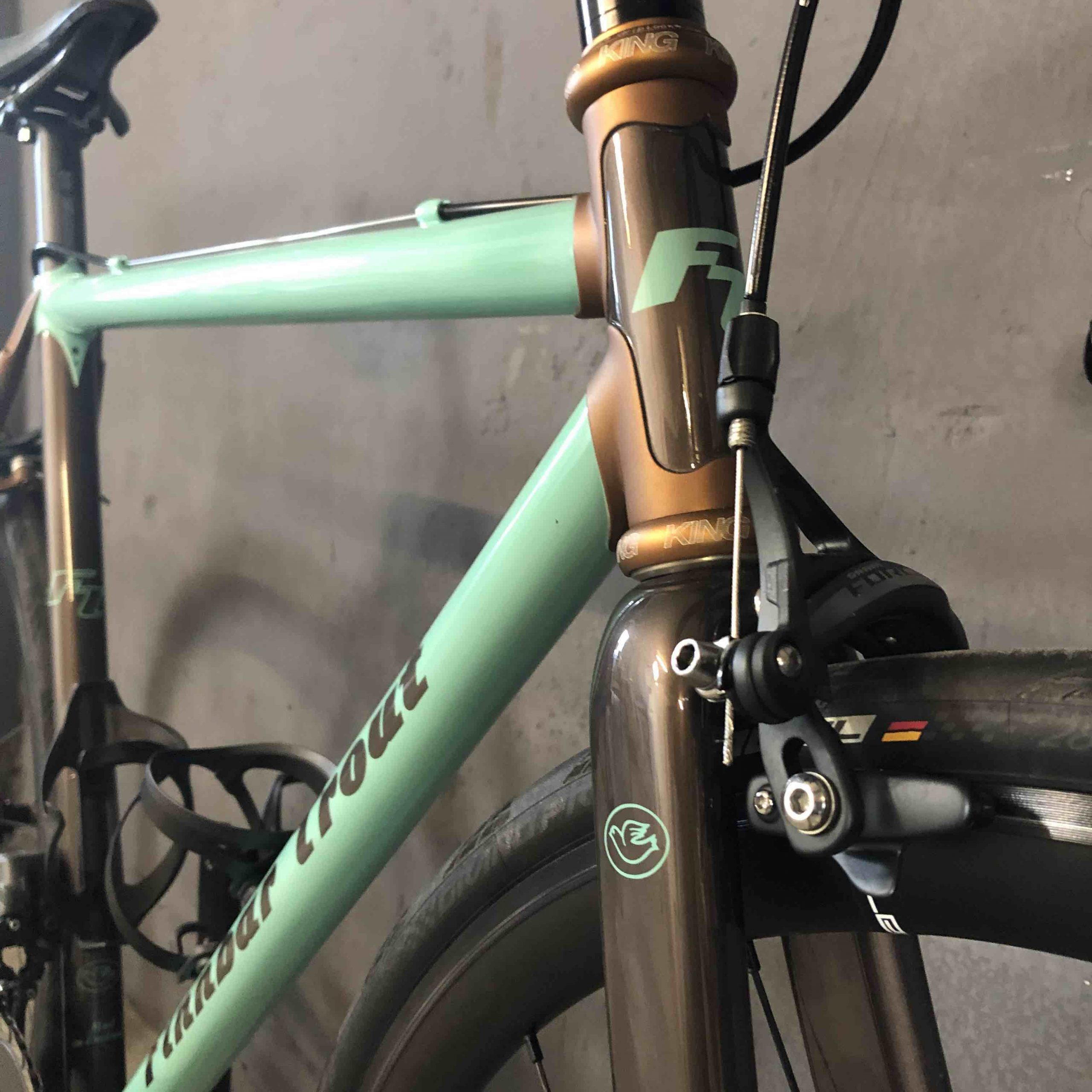 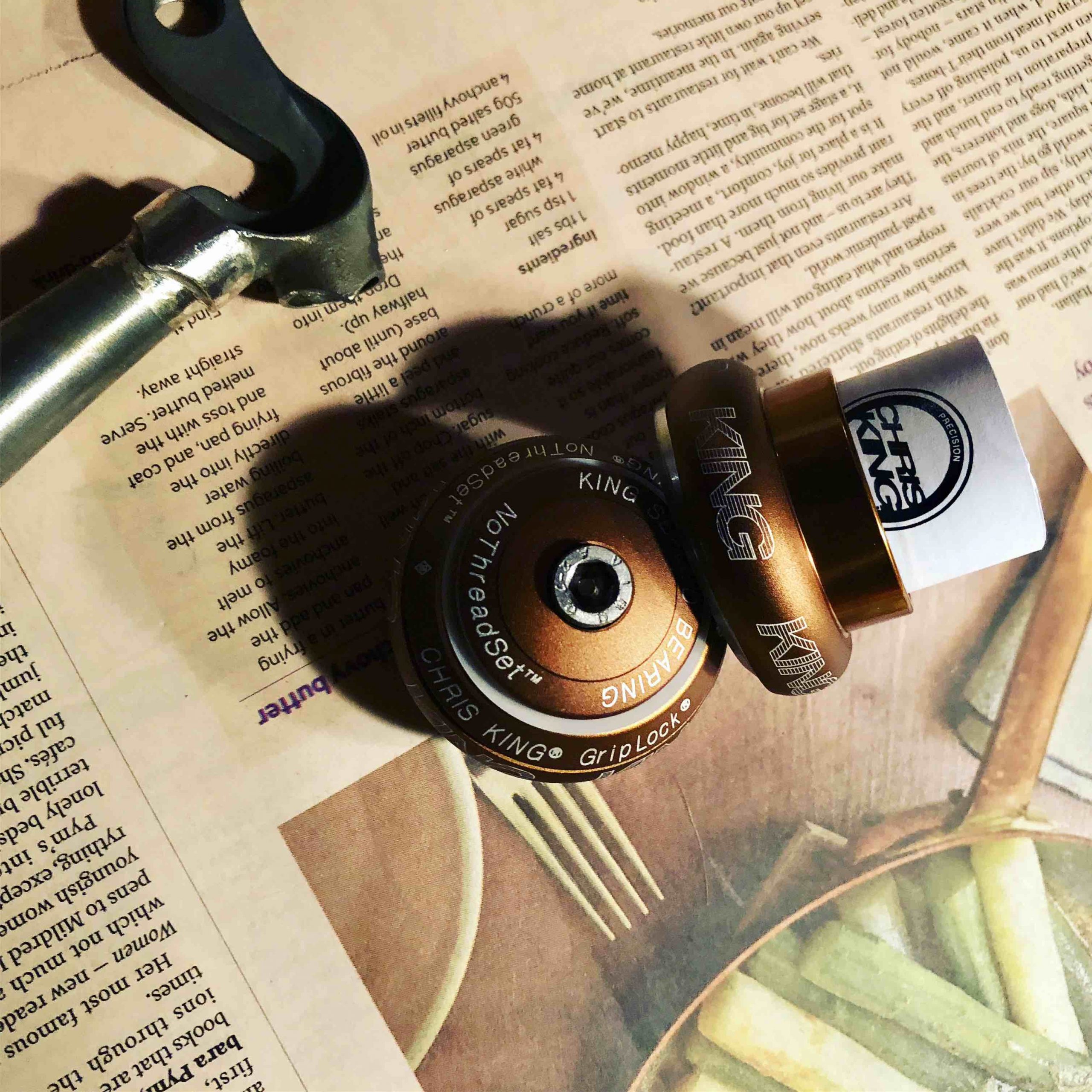 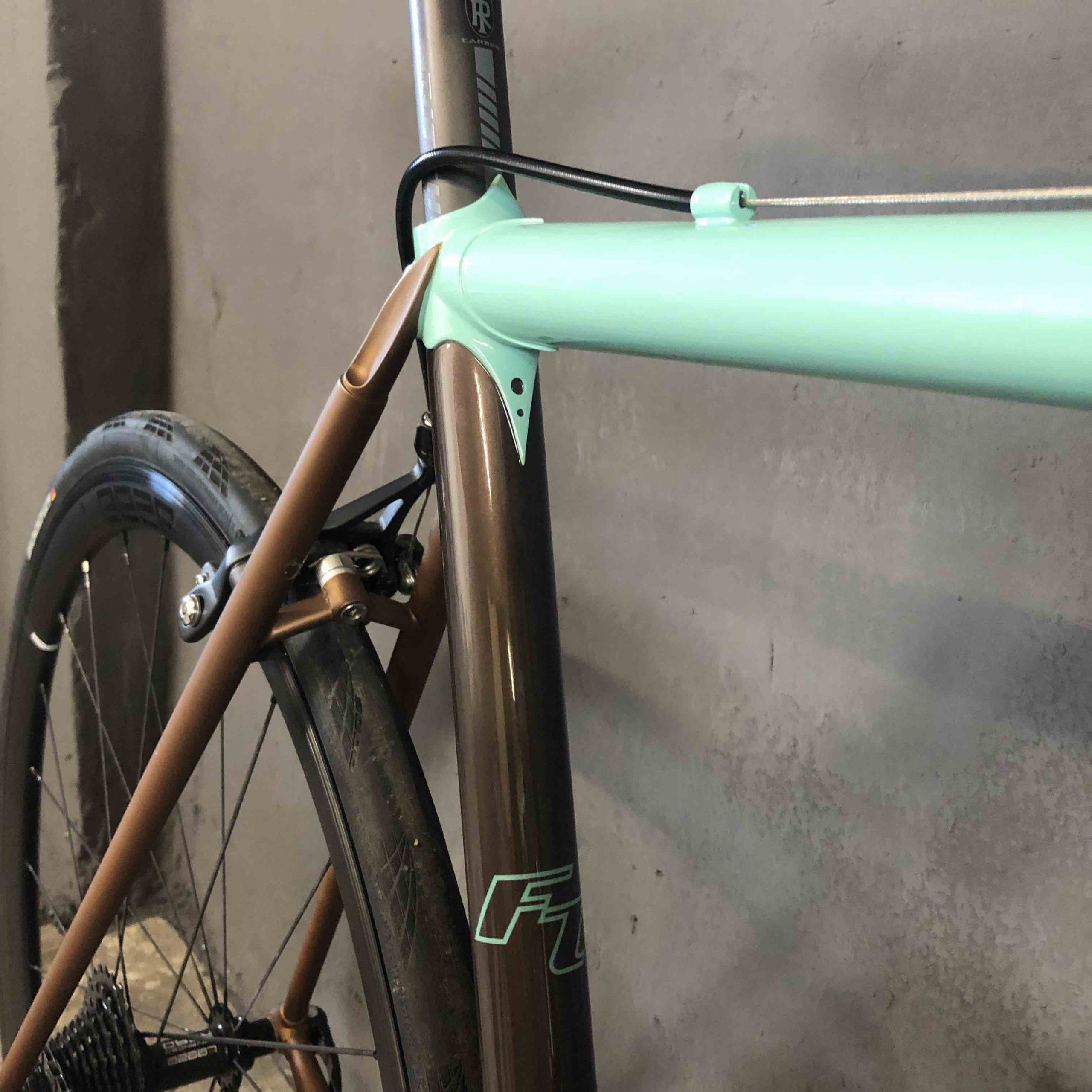