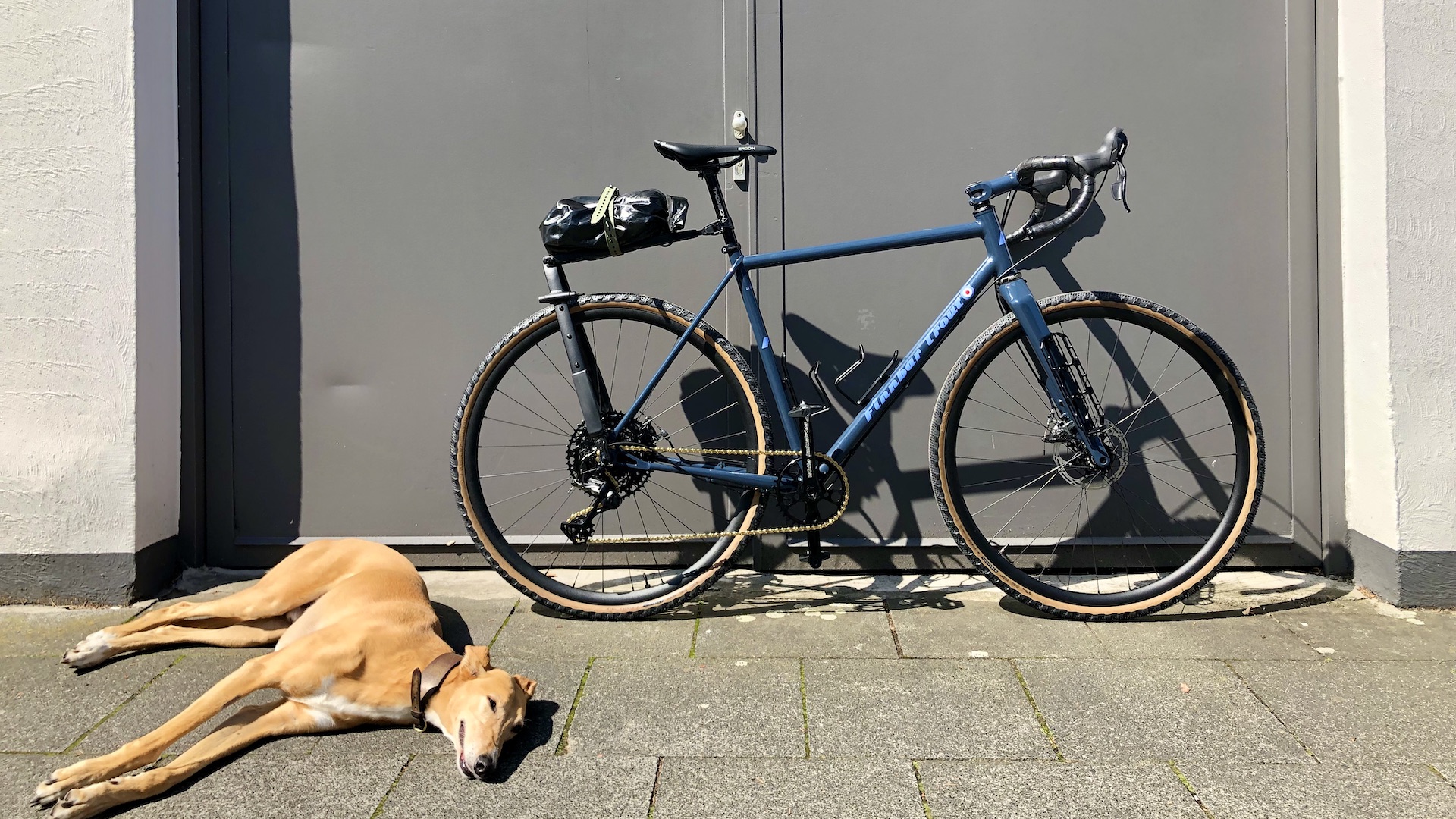 Gravel or all road bikes is an exciting genre with many facets. This project was for a guy called Charlie, who’s a big titanium fan, owning road and mountain bikes in Ti. So it was a big honour when he commissioned a steel gravel bike with the potential for light bike packing from me. Charlie was a professional bike tour guide in South Africa so a keen biker and outdoors man with clear ideas about what he expected.

Charlie wanted a versatile and light gravel bike that could be quickly repurposed for bike packing trips without the need for hours of fiddling. Rather than a multitude of bosses and racks which add weight and complication, we decided for the Tailfin rack system which covers the rear carrying needs in an easy and quick system to build onto the bike, unlike many seat post mounted rear packs the well triangulated system is light and very secure which appealed to us both. At the front we went for a Bearclaw fork which offers wide clearance, a little more trail for carrying a bit of weight at the front, along with a few complementary geometry tweaks to create a good balance between loaded and standard riding needs.

With a frame bag and handlebar roll adding up to enough capacity for Charlies bike packing adventure requirements. Although the bike is built up with 40mm tyres this was one of the first frames to get the redesigned rear end which can fit 50mm + tyres on 700c rims, if he decides for some more rugged trips. For drive train Charlie absolutely wanted White industries cranks, also big favourites of mine. For bike packing I prefer to spec simple analogue shifting, so we decided on a Micro shift system, a new brand to me, but I was pleasantly surprised by the efficient no nonsense function thats easy to set up and maintain when off the beaten track, and incredible price value relation. Energy and lighting courtesy of an ever dependable Sons dynamo hub up front.

With stem and seat post from Thompson, and Ritchey bars to finish the contact points. For paint Charlie was feeling nostalgic as his dad had been in the RAF, so we decided on a classic 50’s RAF colour scheme in RAF grey blue, and RAF blue with roundels to finish the look, everything else in matt or satin black. Until it came to the chain, Charlie had seen a gold KMC chain on another project in the workshop and fell in love, so we added a touch of bling right before heading out on his first shake down ride ! 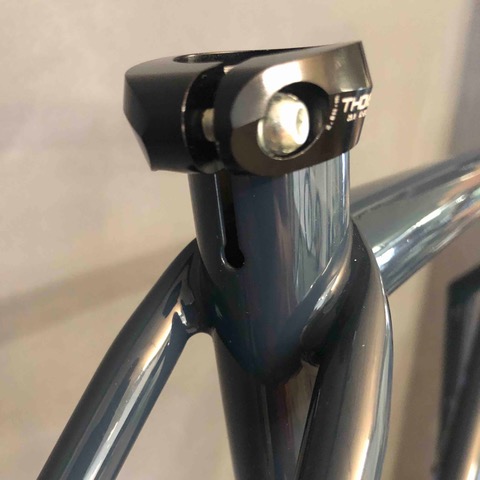 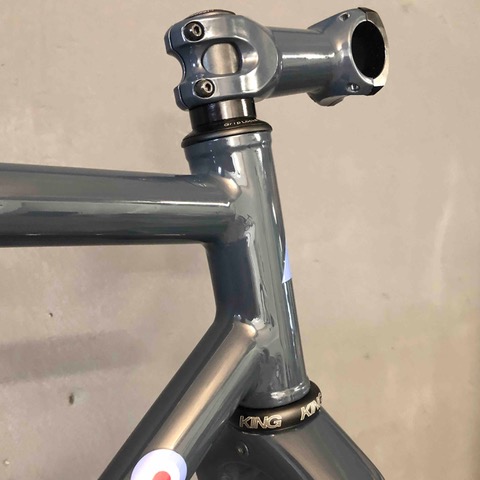 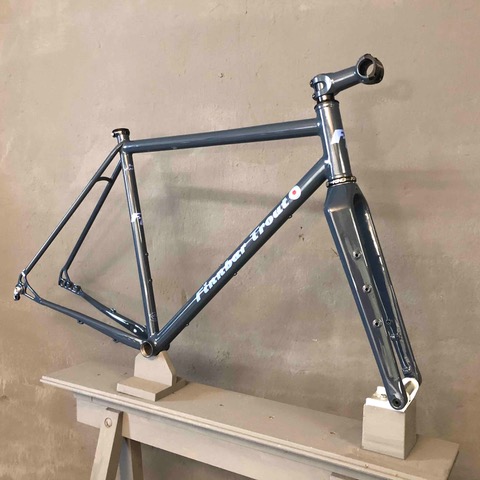