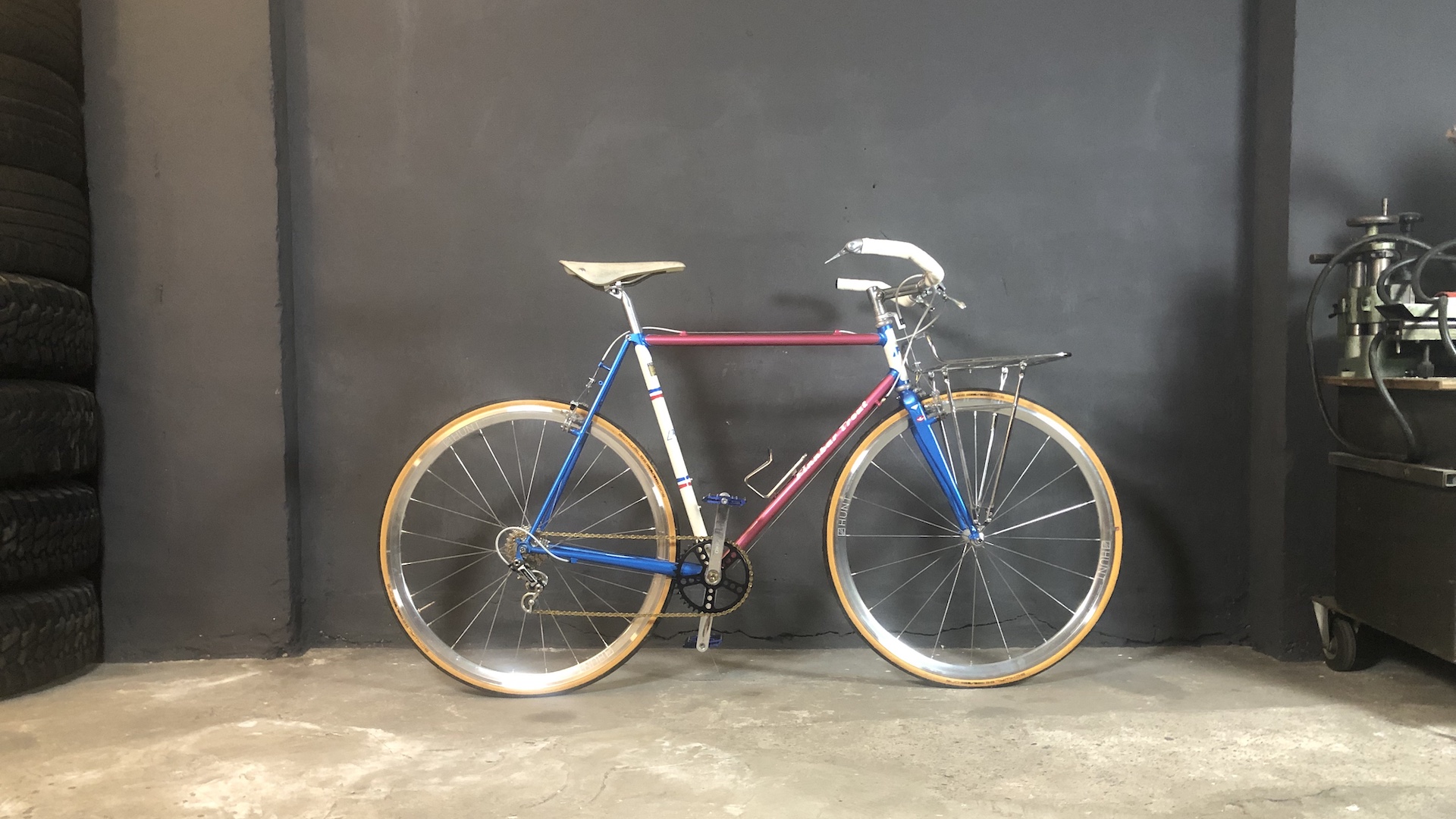 I tended to build two types of city bikes, the cafe racers and the town and countries, within these categories the brief is extremely free and open for creative ideas and solutions.

I have a pet hate for mass produced city bikes. They are ugly, clumsy and extremely overweight, quite the opposite of what you actually need to encourage sustainable, practical and fun city cycling mobility. City bikes are not just about riding on the road, its more about an urban assault course with mixed surfaces in all weather, manoeuvrability on and off trains, trams and escalators, light weight to carry up flights of stairs, comfort and flexibility to be observant and safe, and capacity to carry loads while maintaining the bikes handling. And perhaps most important inspiring and  motivating you to get out there to conquer the urban jungle with a smile on your face !

When I started building frames the fixie trend was in full swing, and I built several from full on crit racers to rat bikes. The evolution to a more versatile city bike is the cafe racer, a lightweight, agile and stylish city racer with light carrying capacity for transporting urban essentials from A to B. The projects I enjoy the most are mixing new and vintage parts giving each build an even more bespoke character which is fine tuned to suit the owners personality and needs.

This project came about when a customer who had ordered a continuation frame came in to see how his frame was coming together, and decide a few last details based on the parts I had sourced. He brought a friend who was a lapsed cyclist. At first super quiet this guy kind of hovered around checking this and that around the workshop as we got lost in detail, however he became more and more energised as he saw frames and parts in project boxes, asking abstract questions left and right. He loved the continuation frame style and a Campag super record derailleur which was in my wonder box, the white industries cranks for a gravel project and the old school CNC’ed canti brakes on my old Ritchey Swiss cross bike. A real mongrel mix, that had formed the basis for a new rather abstract project an hour later.

Built from Columbus SL tubing with Max bladed forks, this is a real  criterium racing frame with slightly higher BB for extra ground clearance. Clearance to take up to 30mm tyres, for comfort and agility on mixed urban surfaces. The bar might look leisurely but you can actually get long and low with your hands on the tops, with your forearms sitting on the swept back extensions, very UCI illegal ! Or super relaxed cruising along more sit up and beg style. Whatever the mood or urgency !

The paint had to be both classic and frivolous at the same time. This is a paint scheme I have used on a couple of frames now, its almost team colours ! That works great with the graphic borders that are so unique to lugged construction. Electric blue, old English white and metallic candy pink.

Because of course it has to look cool and draw admiring stairs outside any coffee bar, its a cafe racer after all ! 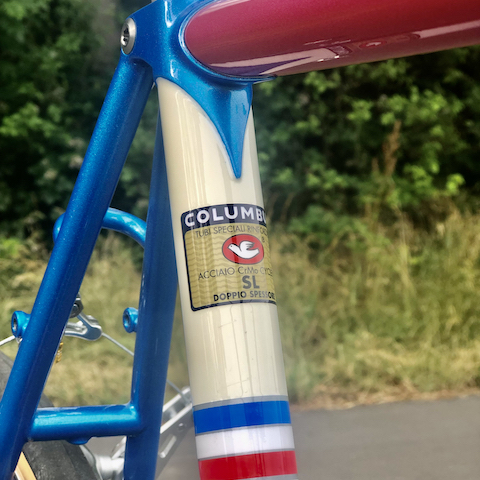 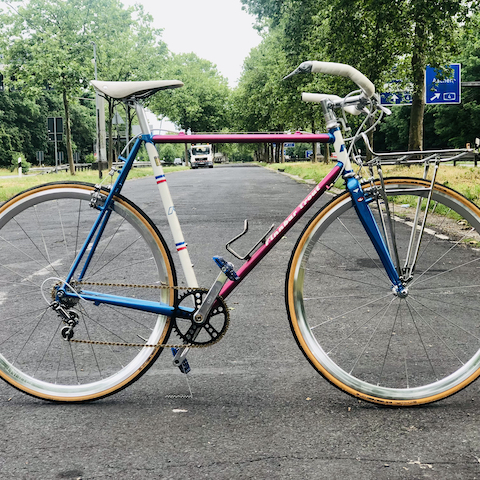